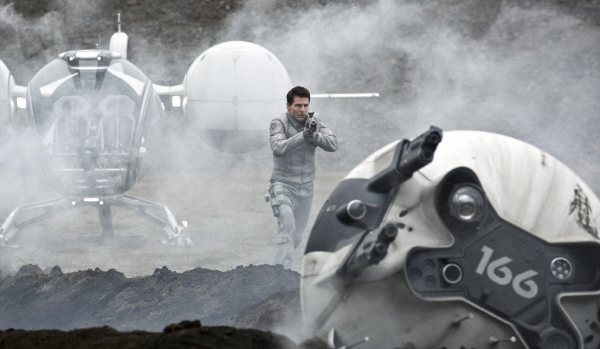 Excited to see Tom Cruise return to spectacle science fiction cinema in “Oblivion”? So are we.

The Hero Complex screening series is going bicoastal with our latest event, a sneak preview of the star’s new film “Oblivion,” which will take place at New York City’s AMC Loews 34th Street on April 15. An interactive, live Q&A with Cruise and director Joseph Kosinski (“Tron: Legacy”) will follow the screening at 8 p.m.

Audiences in all 10 cities as well as online viewers will be able to submit potential questions real time via Twitter by tweeting queries for Cruise and Kosinski at #Oblivion#(city name).

Tickets and additional details will be available beginning at noon ET on April 3 atwww.OblivionHero.com.

Admission to the New York event is free and available on a first-come, first-serve basis.

Based on a 2010 graphic novel Kosinski penned with comic book writer Arvid Nelson, “Oblivion” takes place on a future Earth left decimated by an alien invasion. Former Marine Jack Harper (Cruise) is one of a few people left on the planet to mop up after the war.

In an interview earlier this spring, Kosinski told Keegan that by shooting “Oblivion” in Iceland in June — when there is near-continuous daylight and the warm, waning light known as magic hour lasts from 6 p.m. to 1 a.m. — he sought to take his imagery into a bold and revolutionary place for sci-fi: the sunshine.

“My idea with this movie was bringing sci-fi out into the daylight,” Kosinski said, drawing a contrast to Ridley Scott’s seminal 1979 sci-fi film, “Alien.” “’Alien’ put sci-fi into the darkness — in the hulls of ships, dark planets, always seeming to be night. I was interested in inverting that, shooting a daylight film.”

To read Keegan’s complete interview with Kosinski, check out the spring issue of the Hero Complex magazine, available now.

“Oblivion” opens in theaters across the country April 19.

Read the original article on latimes.com