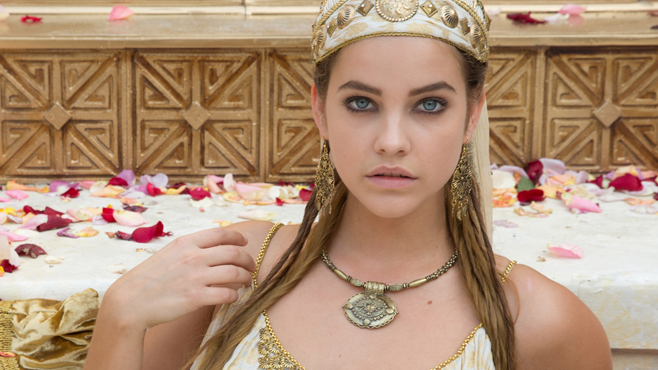 The history of the Hercules movies is a very manly history. A lot of people can people can recall the name of at least one or two Herculeses – Steve Reeves, Kevin Sorbo, Lou Ferrigno, Kellan Lutz, maybe even Alan Steel if you’re hardcore about it – but how many Hercules actresses can you honestly name off the top of your head? Besides Lucy Lawless. (Lucy Lawless is the exception to both this and every other rule.)

But Brett Ratner’s upcoming Hercules appears eager to buck this trend by casting a lot of eye-catching actresses opposite Dwayne Johnson’s title demigod. Joining him in Ancient Greece are Rebecca Ferguson (Mission: Impossible 5) and Ingrid Bolsø Berdal (Hansel & Gretel: Witch Hunters), and supermodels Barbara Palvin and Irina Shayk. They’re playing classic characters from Greek myth, like the athlete Atalanta and Herc’s wife Mergara, and two new characters named Antimache and Ergenia, about whom we will presumably learn more when the film hits theaters on July 25, 2014.

We wanted to highlight these actresses here at CraveOnline, so check out this exclusive new image gallery of the women of Hercules, featuring all-new stills from the film. Let’s hope they’ll be the stuff of legend.