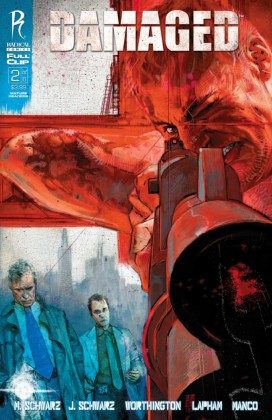 Following the successful contest surrounding the release of Driver for the Dead in trade paperback, Radical has decided to throw another celebratory contest around the release of Damaged #2, the next chapter in the highly-anticipated Damaged saga.

This contest will be held exclusively on Twitter starting this Wednesday, September 21, and ending on Wednesday 28, 2011. Entry is as easy as ever- just tweet the following:

Ten winners will be selected randomly at the contest’s conclusion. These winners will receive complimentary copies of Damaged issues one and two along with a rare, limited edition lithograph numbered and signed, by writer David Lapham and series creators Michael and John Schwarz. These lithographs feature cover artwork by Alex Maleev and will be produced in a highly limited edition of ten, so don’t delay—this is your chance to win!