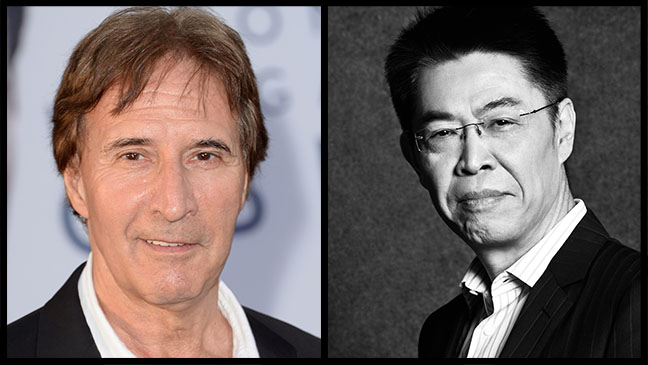 BEIJING – Radical Studios and the Beijing-based Le Vision Pictures have joined forces in a new venture aimed at making films in and about China.

The brainchild of Radical’s co-founders Barry Levine and Jesse Berger and Le Vision CEO Zhang Zhao, Radical Vision China – which will be launched at the Le Vision Picture Summit in Beijing today – is aiming to begin production of its first film, a first installment of a sci-fi trilogy about a struggle against an evil emperor, at the end of 2013.

Described by the companies as a “multi-million investment” with Le Vision being the major stakeholder, the new venture allows the US company – which has just overseen the international release of its sci-fi hit Oblivion – to have “local access to stories, talent and distribution and a partnership that compliments both Le Vision Pictures and Radical Studios individual strengths while respecting the philosophical and historical integrity of the Chinese culture”, according to Levine.

“It’s been Radical Studios’ goal from when Jesse and I started the company to create content that would apply to a global audience with a unique world vision,” he continued. “At the same time we have always had a healthy respect for the quality of films that were coming out of China and the emerging Asian entertainment market.”

Their first collaboration will be Clans of the Sacred Stones, is described by the newly established company as as a “sci-fi blockbuster inspired by ancient Chinese literature” and  one which “dramatically reimagines some of China’s most famous heroes”. Set as a science fiction  trilogy in a dystopian future, the story follows a group of ordinary men and women rising up to fight an evil emperor.

A Radical spokesperson told The Hollywood Reporter the film, produced by Le Vision Pictures, Radical Studios and Matlock Stone, is budgeted at around US$120 million and to be partly filmed in China with a cast comprising Chinese and international stars. Other projects in the pipeline include Snow Beast andSun Chaser.

Levine and Berger founded Radical Publishing in 2007, with the company changing its name to Radical Studios as the company expands beyond its comic-book business into filmmaking. Apart from Oblivion, which is produced and released by Universal, the company is also preparing for the beginning of production next month of Brett Ratner’s Dwayne Johnson-starring Hercules with MGM and Paramount Pictures, slated for release in July 2014.

Le Vision Pictures, meanwhile, is now best known for its success in making The Expendables 2 a hit on mainland China. A financier and distributor of the film, Zhang’s company steered Sylvester Stallone’s movie into blockbuster status in the country, taking US$54 million during its September 2012 run at a time when The Dark Knight Rises and The Amazing Spider-Man were also on release.

The company is now working with Nu-Image/Millenium on The Expendables 3 and Automata, the Antonio Banderas-starrer co-produced by the Spanish actor’s Green Moon, Tarak Ben Ammar‘s Quinta Communications and mini-studio Vertice 360.

Le Vision is also the backer of the multiple-nominated Chinese production The Bullet Vanishes, as well as of Hou Hsiao-hsien’s upcoming project The Assassin.

The company was also the backer of the multiple-nominated Chinese production The Bullet Vanishes, as well as of Hou Hsiao-hsien’s upcoming project The Assassin.

The company will announce the establishment of a Los Angeles branch today, with former Walt Disney Studios and Warner Independent Pictures executive Michael Andreen as CEO.